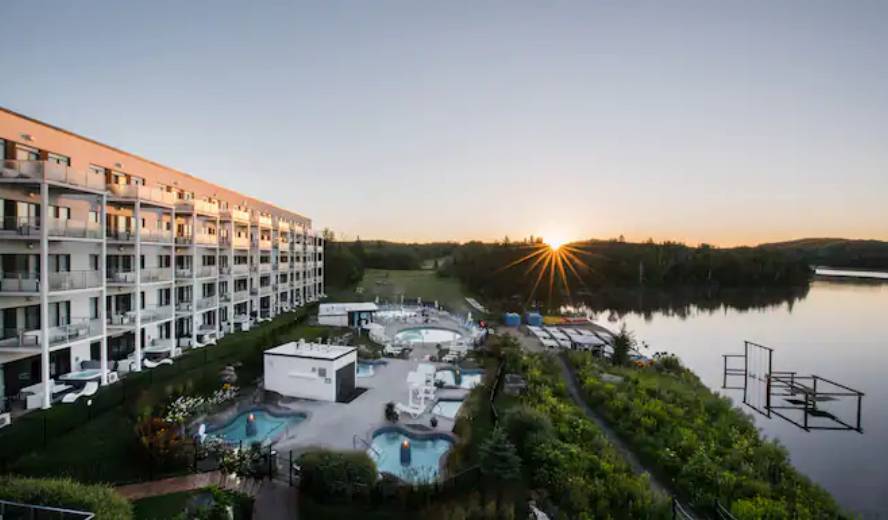 A flagship resort in the Upper Laurentians, the hotel enjoyed its heyday at the turn of the 1960s because of its idyllic location, which gave it the look of a building bathed in water. The hotel had never been modernized since its opening in 1958.

The functional program initially involved the rehabilitation of the original building while the facility was completely closed to the public due to the scope of the planned renovations that began in 2010. The schedule called for the addition of an extra floor to the existing building and required the study and analysis of archival documents, an assessment of the structural capacity of the existing load-bearing elements as well as a seismic assessment for the upgrade. In addition to major renovations to the guest rooms, this phase included the transformation of the pool area into a new reception area.

Although similar in scope, Phase II, which was simpler than Phase I, was completed as the facility resumed operations.This phase included the addition of an annex (steel structure) regrouping reception rooms and guest rooms in a new five (5) storey building.

All the work contributed drastically to the new development of the facilities, which are now recognized for the quality of the services offered.