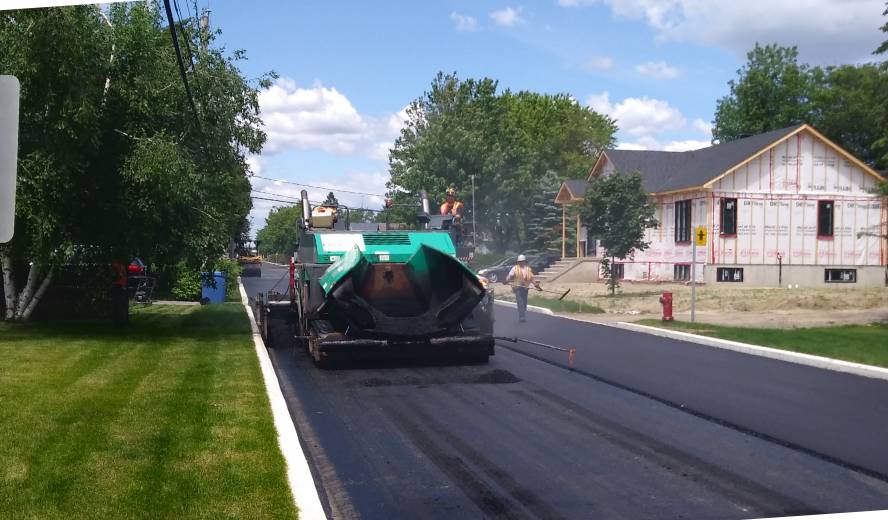 The project consisted of a complete reconstruction of the municipal infrastructure, the separation of the combined sewer into sanitary and storm sewers and the urbanization of the roadway. Brien Street was initially built in different phases and the layout was not homogeneous. As part of the construction of the new storm sewer system, two new outfalls to the Achigan River had to be authorized by the MELCC and built. Part of the work was done on 12th Avenue, which is under the responsibility of the MTQ.

The infrastructure rehabilitation work took place on several sections simultaneously requiring an adequate work methodology. A traffic plan was necessary to ensure the safety of citizens and to limit the impacts on road traffic.

The delays related to the authorization of the work by the MELCC for the construction of storm sewers caused a mandatory phasing of the work in order to avoid the loss of government subsidies and to proceed with the critical work that was the subject of several citizen complaints.

07 / IMPACTS ON THE COMMUNITY SERVED